People often wonder before they take up a combat sport like Boxing, Muay Thai or MMA, whether the skills they learn will actually be effective in a street fight.

Boxing is one of the most effective forms of combat for a street fight, because, not only can you inflict a Knockout blow with a single strike but you can also end the conflict very quickly and get out of danger.

A high level boxer will have more striking ability with the hands than someone who is trained in MMA or kickboxing and with just one good punch, can end a street fight before it even starts.

Boxers can also take on multiple attackers effectively which you can’t do with other martial arts and punches are the way 99% of street fights are initiated.

The one important thing to keep in mind is that boxers don’t really have much of a ground game and that if someone is big and has a lot of muscl, they can take the fight to the ground and it will become a 50/50.

That being said, most fights will be with punches and this gives a boxer a huge advantage over 99% of the population.

It depends who you are fighting against

Somebody with no experience

If you are fighting against somebody with no experience of fighting in the street then boxing will get the job done every time.  People who train in boxing are very tough and they learn advanced skills early that they can easily transfer onto the street.

Somebody who hasn’t been trained in fighting and doesn’t know how to keep their distance will get taken out every time by a boxers quick punches to the head.

You’ll also find that most people that get involved in fights on the street do not have any training because the guys who are skilled at fighting usually have better things to do.

Boxing is extremely useful in a street fight but Muay Thai is the king of stand-up fighting.

While a boxer might have some advantage early if they can land a quick punch and end the fight as they would usually have better punching, if the Muay Thai fighter gets a chance to set himself up, he will have a big advantage.

If the fight goes on a bit longer and the fighters develop some distance between them, the Muay Thai fighter will be able to use low Kicks and even knees and they will have the advantage over the boxer.

Boxers will have a lot better hands the most MMA guys and if you can end the fight early with punches this will heavily favour a boxer.

If you’re fighting an advanced MMA guy and if it lasts beyond the initial flurry, the MMA fighter will have more effective weapons in their Arsenal and they will also have a huge advantage with the ground game and with the low kicks.

Even though they might not be as good in all disciplines, if the fight goes to the ground they would have a big advantage even with basic maneuvering and submissions.

If there are friends around that are willing to jump in, boxing is the number one skill that can help you in a street fight when there’s more than one person. It’s the quickest way to land strikes and if you are fighting more than one untrained person, you could easily take them out with one punch at a time each.

If you start to use elbows and other weapons of Muay Thai you’ll probably be doing serious damage to people that might lead to consequences further down the lane. The best thing you can do to avoid losing a street fight is to not let anyone who is being aggressive get close to you and within your striking range, you should always keep them at arm’s length so that, if they do decide to swing at you, then you can see it coming and block or get out of the way.

By keeping the distance, even physically if you have to by pushing your hands out straight in front of you and letting the other person know that they are not going to be coming with inside that distance, it can also force them into action as they are either going to stay outside your distance or maybe try and swing.

You should be ready for each situation and waiting to evade or roll under and come back with your own counter to try and end the situation there and then.

Another option which is a little bit more risky as you might take the liability in the eyes of the law.

If someone is trying to push past the boundaries you set and you feel threatened and they’re being too aggressive, then you could just let go with a cross and try and end the situation there and then before it even starts.

This is a more risky strategy and one that we would avoid at all costs until you feel it is your only option.

Good Combos For A Street Fight

The best punch would just be a cross straight to the chin, if you think you can get the knock out that way, another option will be to throw the 1 – 2.

This is the most basic combo and one that you learn first in boxing, you throw the jab first to get your range for the right-hand and you look to do the damage with the right.

If the attacker is covering up and you can’t land the 1- 2, then you could try to use a left hook or uppercut after the right hand and that should create openings for you to end the situation.

You should always keep your safety first especially if you are a bouncer or someone that is at work. That means that if you feel in danger you should probably end the situation first without giving the aggressor time to strike.

The problem with this is that in the eyes of the law, you may have started the conflict and be liable for any damage caused.

If you are confident of victory, let the aggressor strike first so that you are covered from a legal standpoint.

How To Increase Your Chance Of Victory

If you are working as a bouncer and you feel that you need to protect yourself at all times and you already have the boxing skills, you can always take up another ground game like Jiu-Jitsu or wrestling and this will give you complete confidence even if the fight goes to the ground that you can at least defend  and maybe even get some submissions.

Other Advantages Of Boxing In A Street Fight 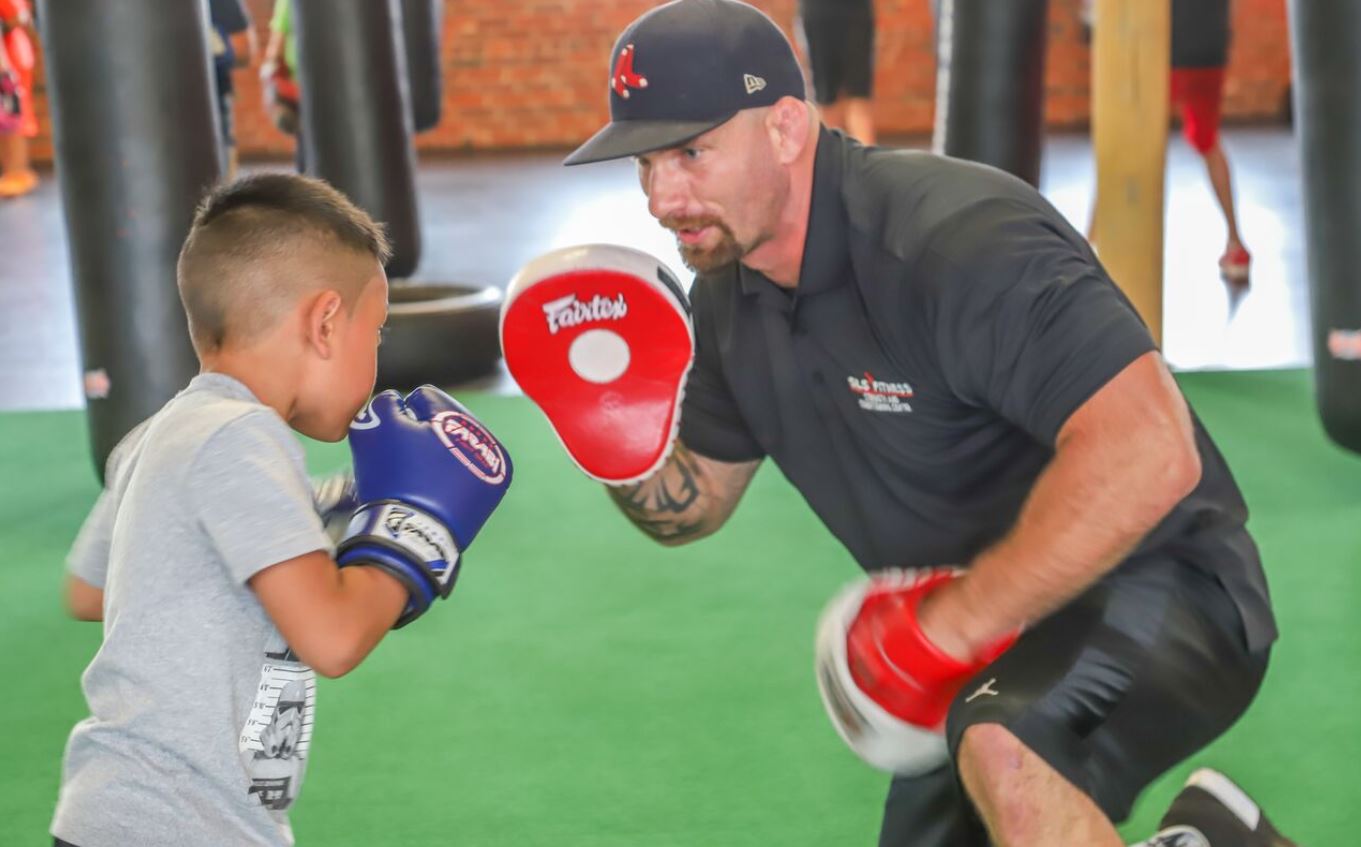 You know what it’s like to take a punch

If you’re in boxing and you’ve been sparring then you know what it’s like to take a punch from a trained fighter to body and to the head, you’ve been there before and it’s not something that you’ll be afraid of unlike someone who’s never trained in fighting before.

This will help you to control your nerves in any situation that is escalating where as the untrained guy will tense up and it should become obvious long before they throw the punch that that’s what they’re going to do.

Know When A Punch Is Coming

That is also good experience you get from training in boxing, you will know much better when someone is about to throw on you and as we have said, you will know to keep that distance and counter any punches they throw effectively and with enough force to end it with a single blow.

Your Conditioning Will Be Better If your training in boxing and the other guy is not, they will get tired a lot quicker than you will, allowing you to move in and finish it off.

Boxers are some of the most well-conditioned athletes in the world and this will help in your ability to last longer and even to take a punch if it does land.

Boxing is the most effective way to diffuse an aggressive situation but it doesn’t offer a complete arsenal of defensive and offensive maneuvers for anything that could happen in a fight and we are mainly referring to the ground game here.

Boxing is the absolute number 1 for defending against multiple attackers but 1 on 1 there are more effective styles.